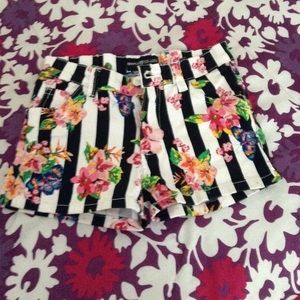 It has stripes and a floral design
|||

Despite the dry weather a few morels continue to appear around the contry.
Here picture a recent find of the Yellow Morel, a tasty but difficult mushroom to find.

🔎 As always more info on how to identify and distinguish from toxic lookalikes can be found on our website and our pocket guide book.

Id be happy just find one. But hey they are invisible mushroom.

Been so dry here in the south 😩

Kam Shaw what a beaut

Marlow has done a new video for our Youtube channel: The Spring Fieldcap.
This is another edible mushroom of Spring, and a fairly common one.

The marmite of the foraging world???

Garlic Mustard, Jack-by-the-hedge or Hedge Garlic are its common names.

For some people this is a favourite and tasty plant with garlicky mustard flavours. To others its an unpleasant bitter thing. We suspect that like with coriander our genetics are to be blamed.

But if you can't stand the taste of this plant when raw not all hope is lost! We recommend boiling it 5min~10min and discarding the water. It will lose the alleged bitterness as well as the mustardy flavours, but the cabbage notes will come through and taste like pak choi.

The closed flower buds that look like a mini brocoli (see 2nd photo) are our favourite part to cook in stir fries and risottos.

The less bitter younger leaves are great in ham or bacon sarnies- the salt helps cancel the bitterness. Also goes great with Lamb, I make mint sauce and swap all or some of the mint with hedge garlic.

I love this ,easy to spot, versatile uses,but I usually chop it into mixed salad leaves .

Found some today, it is a little bitter but I might add to an apple coleslaw salad?

I can eat it just the way it is . No bitter taste . But have a love for garlic . Love to pick and make wild garlic and chilly butter at this time of year .

Found a load of Garlic Mustard a few days ago, think it would make a nice pesto over a pasta dish?

So bitter...it ruined my nettle and wild garlic dish!

Love garlic mustard! Makes a good snack on a walk!

I saw a big patch of this the other day beneath some trees, I thought it was wild garlic until I saw the leaves and then decided it must be from the nettle family. I can't smell anything properly since covid so couldn't check it that way x

It's growing in my herb garden. Self set last year! I have grown it before, and love it.

Love it ! Amazing as a dressing x

Thanks for the tip. I used to not mind it. Tried it again yesterday and hated it. Will try this. This morning it’s hogweed shoots and nettles for breakfast.

Its biennial. I find its foliage is better in the first year, second year they get more bitter, so the roots and seeds are best then.

We did a walk last week where we saw a real smorgasbord of edible plants.We know there was a Saxon village around and the Romans were there too.And that was only the ones we could id

Food for free by Richard Mabey is a good guide

We used to call this White Dead Nettle.

Have seen so much this year despite feeling like I'd never noticed it before,seems strange considering its so distinctive.Intending to get round to pickling some since I've seen so much,treating it similarly to asparagus? Not sure if that will work but it seems reasonable

Now this is one that doesn't get much love and attention: Ground Ivy (Glechoma hederacea)

I'll be the first to admit it's not one I'm too keen to add to salads. The strong minty but somehow "musty" aroma always felt overpowering.

But influenced by a friend who loves it in tea I gave it a second chance. This is a plant in the mint family, with relatives such as oregano, thyme and sage.
See, I wouldn't add sage to my salads but it's still a valuable ingredient in the kitchen.
And eventually I realised that the best way to use ground ivy is exactly as an aromatic herb in savoury dishes.

In a recent event I used it to season oyster mushrooms and jelly ears and the feedback from the group was great!

One of its other common names is alehoof, a relic of its past use. Before the widespread use of hops this was one of the main plants used to flavour beer. Have any of you homebrewers tried it?

I'm lucky to have loads in the garden. I used it to add some aromatics to a wild raspberry beer last year, bittered with wild hops and mugwort, but I'm looking to see what else I can use it for (apart from looking pretty as it spreads across the grass).

You need to try it in chocolate brownies..... its the best way to use it!

I love ground ivy, just a couple of strands in my nettle tea brings a lovely peppermint edge

I was inspired by this and made a ground ivy (instead of sage) and brown butter sauce for homemade gnocchi. It was absolutely delicious!

I'm really into adding flowers to my salads like ground ivy, sage, chives, nasturtium etc. Look so pretty and tasty.

Apparently, as a tincture it's good for tinnitus

I want to love this so much. 😆 I keep trying.

Loads of it in my garden ☺️

Fruitful day on one of our walks this weekend: cooking a medley of Poplar Fieldcaps, Jelly Ears and a couple of St. George's mushrooms with Few Flowered leeks and oat cream 😋